The first thing you need is some sort of Ubuntu installation disk, usually a CD or flash drive containing the <a href=”http://www.ubuntu.com/getubuntu/download”>Ubuntu CD image</a> (ISO file). There are several good tutorials available on the net, depending on what type of computer and OS you’re currently using, so I’m going to assume you’ve got this part done already.

Once you have your computer and installation disk, you need to make the computer boot from the CD or flash drive. This often involves configuring the BIOS to boot from that device before booting from the hard disk. It may also involve pressing a certain key during the BIOS startup in order to display a boot menu. You would then select the appropriate device from this menu and tell the BIOS to boot from there. Obviously, this is highly dependent on what type of motherboard/BIOS you have, so you’ll have to figure this one out for youself.

Now that you have the basics in place, boot your computer from the Ubuntu installation CD or flash drive. If you’re booting from a CD, you will almost immediately see the following language selection screen: 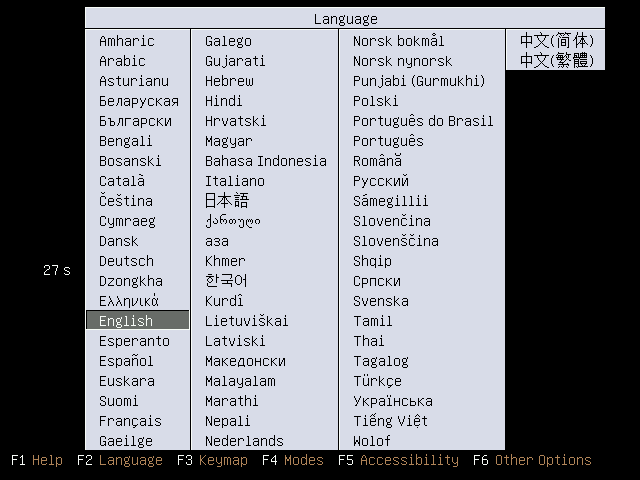 Select a language using the arrow keys, then press the Enter key. This will take you to the following startup screen: 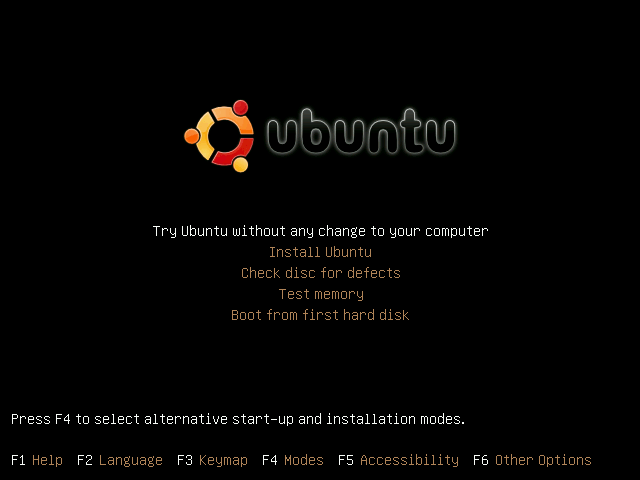 Select the first option (Try Ubuntu without any change to your computer) and press the Enter key.

If you’re booting from a flash drive, depending on what tool you used to get Ubuntu onto the flash drive, you may not see these first two screens. Instead, after a short wait, you will see the Ubuntu desktop as desribed next.

So regardless of whether or not you went through the first two screens, the next (or first) thing that happens is an automatic process where Ubuntu determines what hardware you have, configures itself for that hardware, and starts up the standard Ubuntu desktop. This is called a “live installer”, which means that Ubuntu actually runs itself from the CD or flash drive without using (or modifying) the hard disks in your computer. You could do this on any computer and it wouldn’t change or harm the computer in any way. It’s a nice way of seeing what Ubuntu looks like as well as being the platform from which to launch the installer. It will look like this: 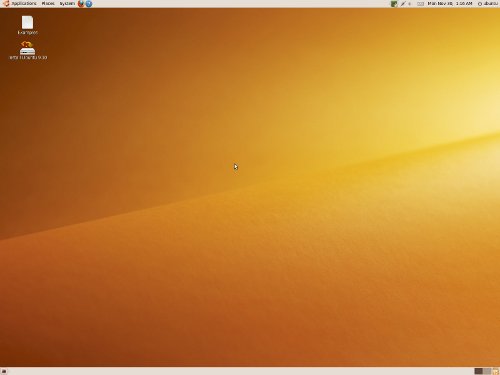 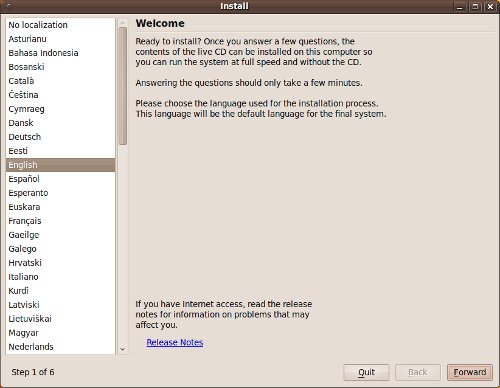 The second installer screen will ask you to select your location. This will be used to set the computer date and time, configure the display of dates and times, and choose a server from which to download future system updates. You can click on the map and then use the Region and Zone lists to refine your selection if necessary. When you’re happy with your selections, press the Forward button. 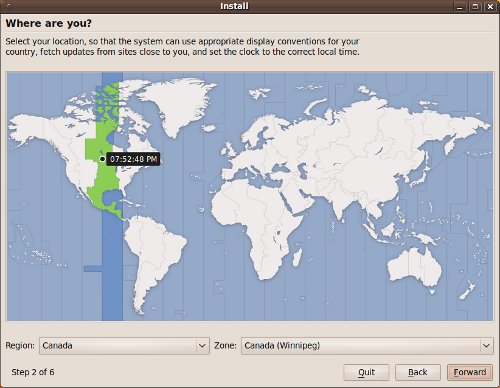 The third installer screen will ask you to choose your keyboard layout. If you’re not in North America (the default), select your country and an appropriate layout. Then press the Forward button. 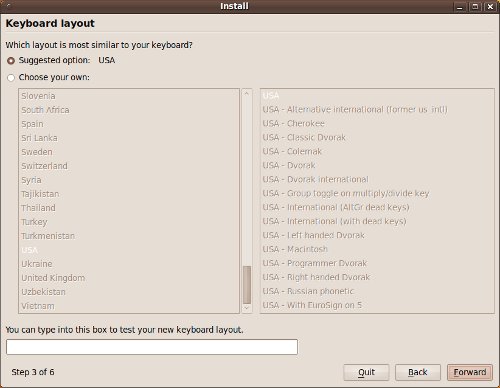